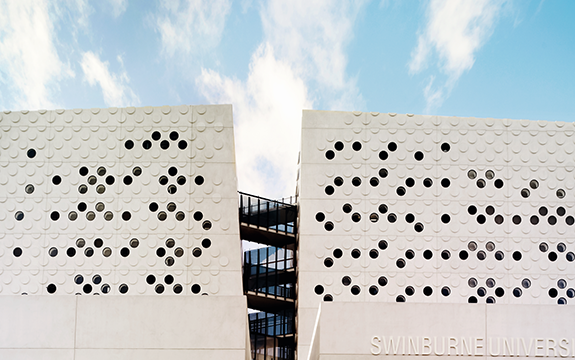 Automation and control has debuted in the top 100, with Swinburne ranked 10th in Australia and fourth in Victoria in this area.

Nanoscience and Nanotechnology, and Transportation Science and Technology were the other two areas to make their debut in the subject rankings.

The ARWU subject rankings also place civil engineering at Swinburne among the top 100 in the world. Computer science and engineering ranked in the top 150. As did Law, which ranked fourth in Australia and second in Victoria.

“Swinburne’s ranking in the top 100 in the new subject of automation and control emphasises our deep capabilities in Industry 4.0 and related disciplines,” says Deputy Vice-Chancellor (Research and Enterprise) Professor Bronwyn Fox.

These notable rankings recognise some of our recent achievements:

Swinburne’s research highlights are featured in the Research Impact magazine, published in collaboration with Nature Research.

The rankings look at a collection of indicators, including measures of research productivity, research quality, extent of international collaboration, research with top quality, and the highest academic recognitions.

Swinburne has been ranked in 14 subjects 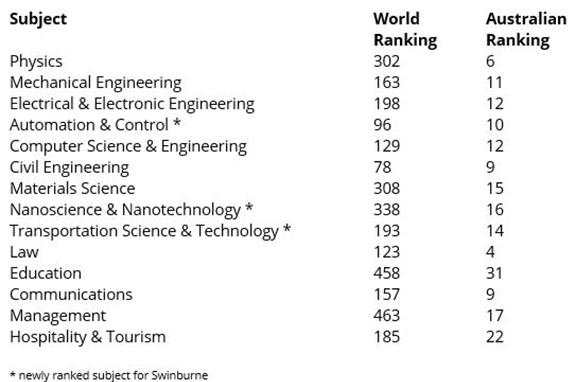 ShanghaiRanking has been publishing the Academic Ranking of World Universities (ARWU) by academic subjects since 2009 and is considered one of the leading international league tables.