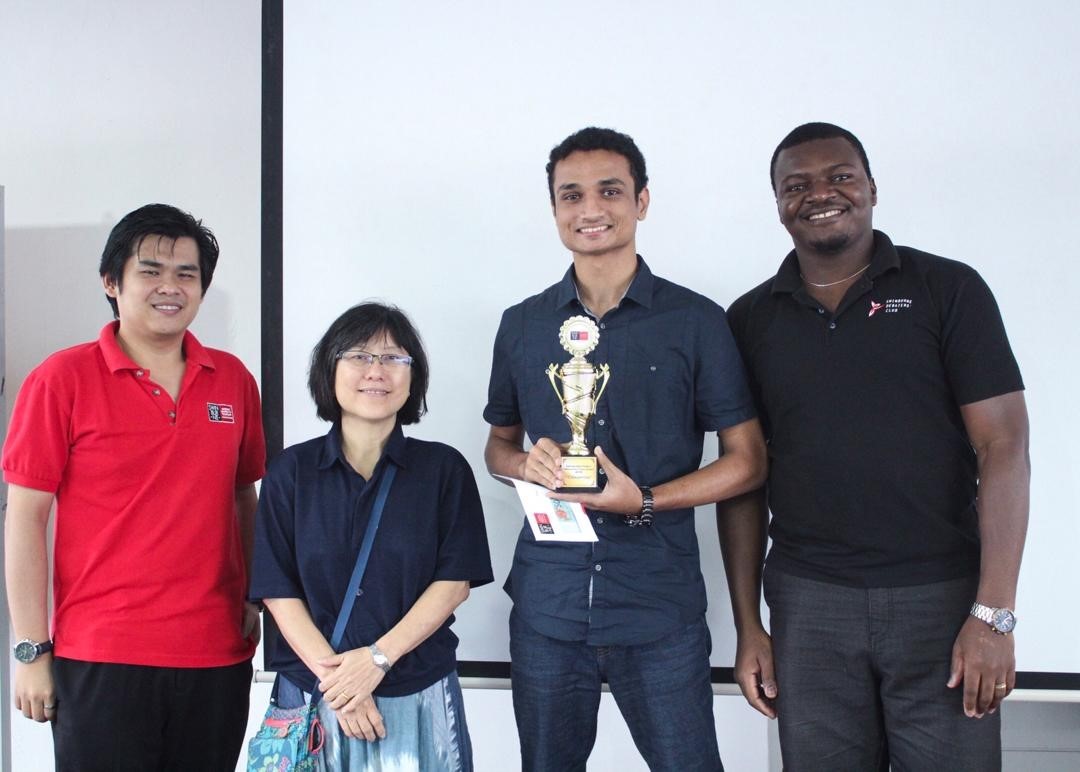 Organised by Swinburne Debaters’ Club, the event aimed to encourage students to overcome their fears of public speaking and to hone their speaking skills in front of an audience.

The students went through two rounds consisting of a Prepared Speech and an Impromptu Speech before the top six reached the Finals. Each speech is three minutes long, and for the Impromptu, students draw a topic and a famous person or character which they must relate to the competition’s theme within three minutes’ of preparation time. This year’s theme was Climate Change.

In the finals, Haeyl chose to give an impromptu speech. He drew “Dams” for his topic and “Any K-pop group” for his famous person. Haeyl’s excellent speaking skills and imaginative weaving of the topic and group of people with the theme won him first place.