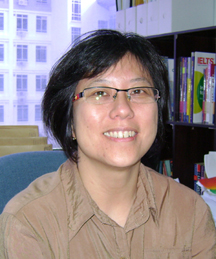 KUCHING – A total of 15 secondary schools will face off in a battle of wits in what will be the biggest World Schools Debating Championship at Swinburne University of Technology Sarawak Campus on Monday (20 April, 2009).

An annual event and the fourth to be organised by the Debaters’ Club of Swinburne Sarawak, 35 teams will compete for the championship title over four days.
The final will take place on Thursday, 23 April.

“The aim of this championship is to encourage students of secondary schools in Kuching to debate in English, and to hone their oral and communication skills, as well as their reasoning and critical thinking skills,” said Christina Yin, the advisor.

Yin, who is a lecturer with the university’s School of Language and Foundation, also said that for the past three years secondary schools in Kuching have responded positively to the championship.

“This year, five more schools are taking part and for the first time we have the biggest number of teams competing, so this is very encouraging,” she said.

“We still hope that more schools will come to see the benefit of debating and take part in future tournaments. For schools which are new to debating, our Debaters’ Club will be more than happy to help organize workshops and provide advice and guidance.”