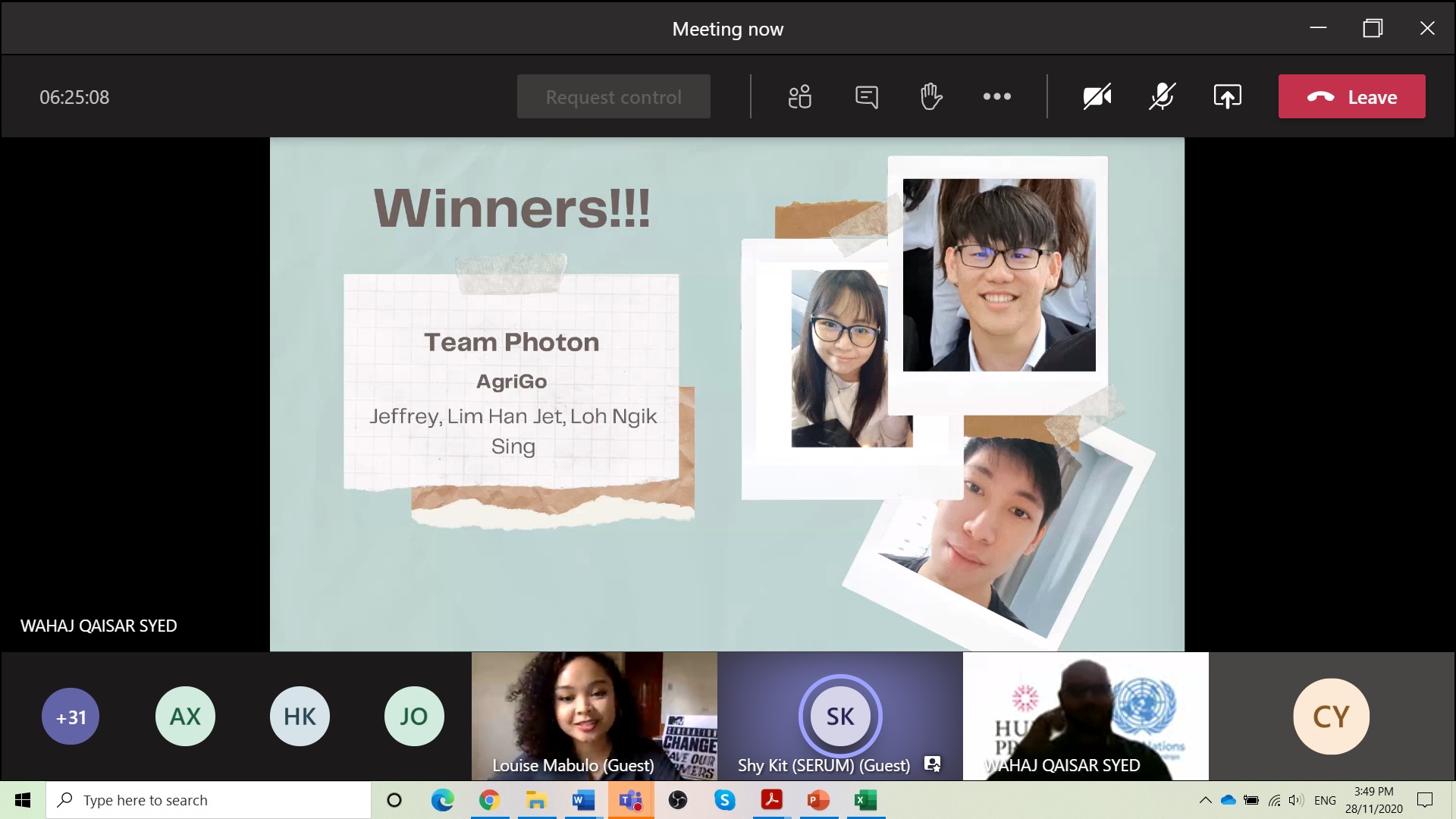 Team Photon was announced as the winner on Pitch Day.

The Hult Prize is considered one of the world’s most important social entrepreneurship awards. Its annual themes are aligned with the United Nations’ Sustainable Development Goals where it challenges young people to solve the world’s toughest issues by empowering them to make money, do good and make life better for millions of people through the creation of for-good for-profit businesses.

The program, the first to be organised in the state, was launched at Swinburne on 24 October. It took place over six weeks and culminated in Pitch Day on 28 November. Participating teams comprised of a mix of Foundation and undergraduate students studying in a range of courses at Swinburne.

For Loh, the event had given her the opportunity to work on an idea that could bring benefits to the society. Her team and course mate Bun echoed her sentiments, adding that it was his first time taking part in a competition during his university journey and was excited to be able to move on to the next step which is the Regional Summit that would be taking place next March or April.

Lim, the youngest in the team, said the best part about participating was being able to work closely with teammates who were doing business majors. He had learned something beneficial from his seniors and was excited about learning more and meeting other winning teams from around the world.

Following this year’s Hult Prize theme ‘Food for Good’, the students were given the task to come up with a social enterprise that would empower the poor and hungry, helping them to put food on their tables and to give them a chance to earn sustainable livelihood.

The teams were given five weeks to prepare their presentations. During this period, they participated in talks by guest speakers comprising local social entrepreneurs and communications experts, and was also mentored by the organising committee comprising Swinburne students, the Hult Prize OnCampus Program Campus Director Ong Jing Mian, and advisors Christina Yin and Johan Donough.

At the end of Pitch Day, the winners were declared at the announcement ceremony. Present during the ceremony was Swinburne Sarawak’s Deputy Vice-Chancellor and Chief Executive Officer Professor John Wilson who congratulated all the students for their participation in the event. Head of School of Foundation Studies Su Sueh Ing was also present to witness the culmination of the students’ labours over the past six weeks.

More than 200,000 students in over 2,000 college and university campuses around the world are vying for a spot in the Regional Summits that will take place all over the world or online in March or April. Winners from the Regional Summits will move on to the Accelerator stage and thereafter, to the final actual Hult Prize, dubbed the Nobel Prize for students. The overall winning team will be awarded with US$1 million to be used to start up their social enterprise.