Lights to go out at Swinburne Sarawak during Earth Hour 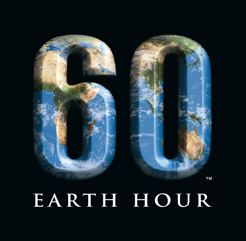 KUCHING – In a show of its concern for climate change, Swinburne university of Technology Sarawak Campus will join tens of millions around the world in turning off its lights from 8:30pm to 9:30pm local time on Saturday 28 March 2009.

All non-essential lighting at the campus will be switched off, said James Ho, Business Development and Communications Manager of Swinburne Sarawak.

“We have a moral duty to participate in this historic event to demonstrate our concern for climate change,” he said.

“It cannot be denied that studies have shown drastic changes in the weather all over the world due largely to the destruction of the environment.”

Ho said that by going dark this Saturday, the university is making a statement and uniting with the rest of world that it is concerned about the environment and that something has to be done about it.

“This is an issue that affects all of us no matter which part of the world we are located,” he said.

Holding to the belief that every individual can make a difference, he said Swinburne Sarawak has sent an email to its staff urging them to support the Earth Hour campaign by also turning off their lights at home.