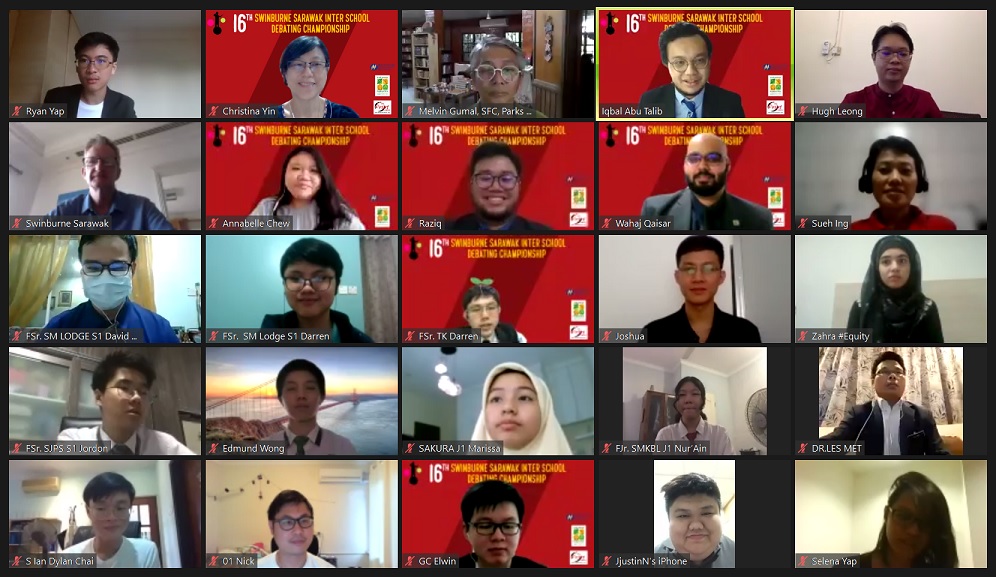 Group photo of the participants and adjudicators.

KUCHING – SM Lodge has taken the 16th Swinburne Sarawak Inter-School Debating Championship (SSIDC) title, the first online iteration of the debate tournament since its inception in 2006.

Endorsed by the Ministry of Education, the Swinburne Sarawak tournament is the largest English debating championship in Borneo. In its 16th year, a total of 204 students comprising 41 teams in the senior category and 27 teams in the junior category participated online from all over the country and Brunei. The online tournament took place over three Saturdays, the first day being Saturday, 27 February starting with a Debate and Adjudication Workshop helmed by Swinburne’s lecturer, Chief Adjudicator Hugh John Leong. 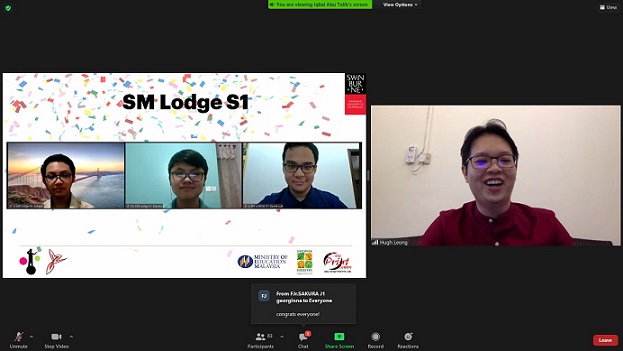 42 schools were represented including five schools from Johor, four schools from Kelantan, two each from Kedah, Negeri Sembilan and Sabah, and one each from Perak, Selangor, Terengganu, and Brunei. In Sarawak, the majority of teams came from Kuching with others participating from Bau, Limbang, Miri, and Sibu.

Speaking at the Awards Presentation were Dr Les anak Met, Deputy Director Learning Sector who represented the Director of the State Education Department Dr Norisah binti Suhaili, as well as Swinburne Sarawak’s Deputy Vice-Chancellor and Chief Executive Officer Professor John Wilson. Both commended all the students taking part in the tournament, saying that taking to the debate floor was the ultimate challenge in courage, and that the oratory and critical thinking skills they were developing were important skills that would serve them well in school and at work. 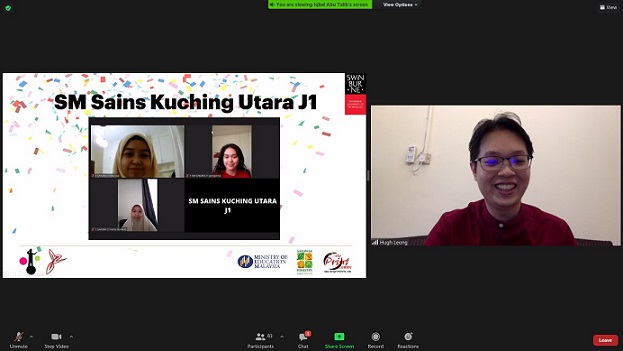 “We know that healthy debating on environmental themes means students get to learn and think more about conservation, and enables them to voice out their opinions on the issues. Debating then enables the growth of environmental thinkers among the young. SFC believes in getting all to think about environmental issues and act on them now, and also in the future. The passionate youth will be major movers and shakers of the future.”

Aimed to encourage students to use their critical thinking and English oratory skills, the debate tournament this year included motions based on themes such as Crime and Law, Education, Economics, Environment, Family and Society, Geopolitics (War), Health, and Politics.