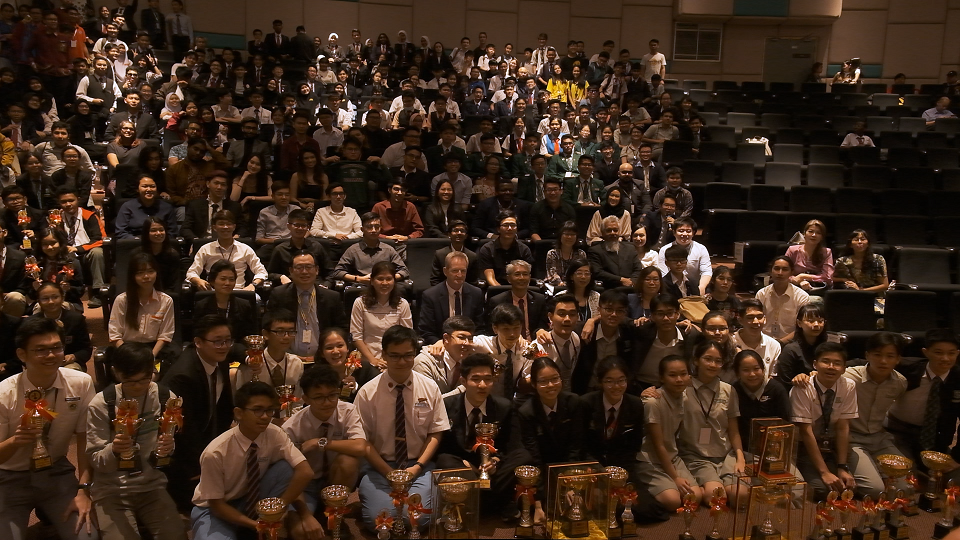 Endorsed by the Ministry of Education, SSIDC is the largest English debating championship in Borneo. Running its 15th year, 306 students from all over the country and state took part in this year’s championship. They comprised of 68 teams in the senior category and 34 teams in the junior category.

In Sarawak, the majority of teams came from Kuching while other participating schools included teams from SM Kai Dee Bintulu, MRSM Mukah, as well as both SMK Chung Hua Miri and SMK Lutong from Miri.

Other participating schools were SMK St Anthony from Sarikei, and both SMK Kota Samarahan and SMK Pesantren Taib Mahmud from Kota Samarahan.

The Best Debater in the Final titles for both Senior and Junior categories were awarded to Daphne Yeo Lok Yin and David Luk Ku Chian respectively. Meanwhile, the Overall Best Debater in the preliminary rounds for both Senior and Junior categories respectively went to Jaypheth Balang and Daphne Ngu from St Joseph’s Private School.

Aimed to encourage students to persevere and strive for improvement, awards for Most Promising Team and Most Improved Team were presented. To encourage students to improve their English, an award for the Best Non-Native Speaker of English in both categories was also awarded. A complete list of the winners is provided below.

Speaking at the awards presentation ceremony, Swinburne’s Deputy Vice-Chancellor and Chief Executive Officer Professor John Wilson commended all the students taking part in the tournament for developing critical thinking and oratory skills which would help them in their university studies and future workplaces.

This year’s debate themes included motions on Education, Health, Law, Sports and Technology. In addition, an Environment round sponsored by long-time partner Wildlife Conservation Society saw students debating motions such as This House regrets the environmental movements’ support of child icons such as Greta Thunberg.

In between debate rounds, debaters were treated to games and activities including Kahoots by the Swinburne Sarawak Green Club and musical chairs. Students were also encouraged to write their thoughts on the present and future of the environment on ‘leaves’ that were attached to the Wildlife Conservation Society’s Tree of Life made from recycled plastic bottles. Outdoors, the students fastened ‘locks of conservation and debate’ around the campus as a reminder of their commitment.