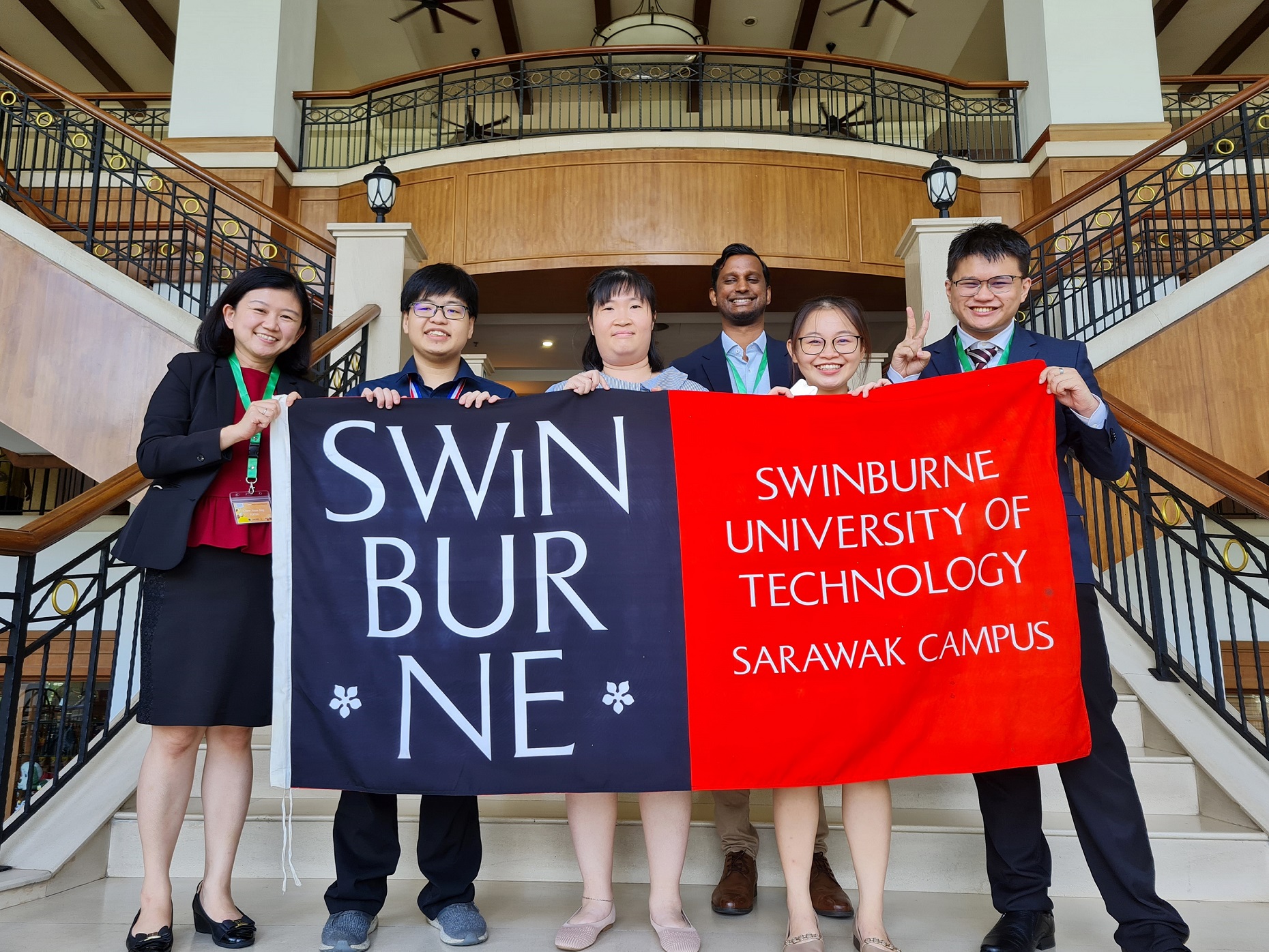 The selection of the prestigious national award is based on a palm oil processing design which reflects efficiency, values inherent safety, mitigates environmental impacts and demonstrates project viability to the palm oil industry. Experts consisting of academicians and industrials evaluate the selection of the award winner.

Members and supervisor of the winning team from Swinburne Sarawak.

Their design project presented a sustainable approach to produce palm-biodiesel where the energy recovery system is optimised with the aid of a novel software that is capable of synthesising n-best heat exchanger networks.

The team was supervised by Ir Dr How Bing Shen, Chemical Engineering Senior Lecturer at Swinburne Sarawak, and the award was sponsored by Desmet Ballestra (Malaysia) Sdn Bhd.

The winning group was invited to present their Final Year Design Project to POPSIG, Desmet Ballestra and other stakeholders at Bangi Resort Hotel, Bandar Baru Bangi, Selangor on 26 September 2022. Ir Dr How and team member Bong represented the team in receiving the award at the IChemE POPSIG Research and Design Showcase 2022. 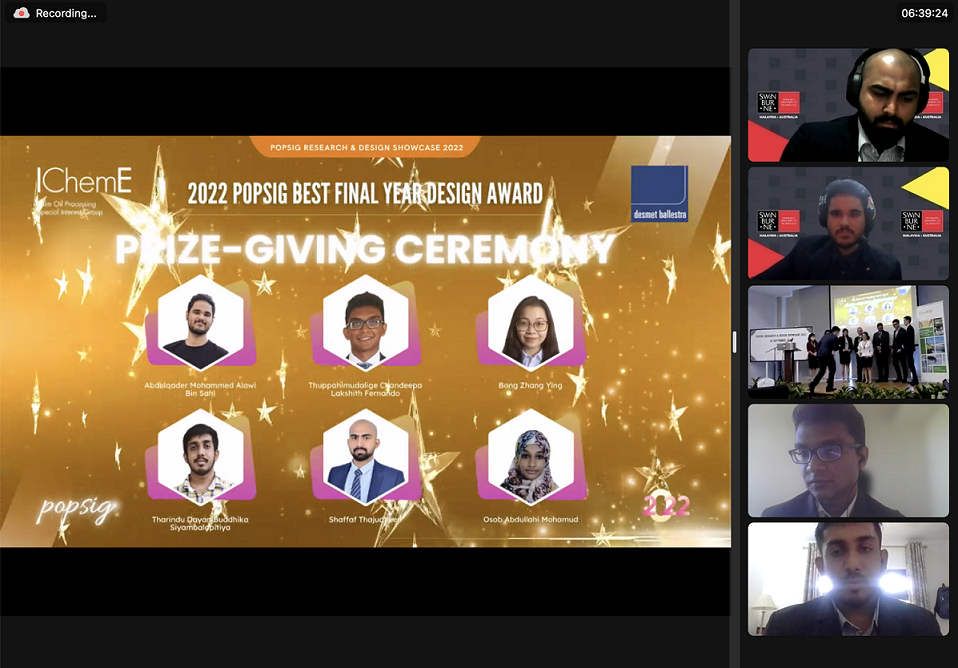 “I was elated to find out that our final year design project had been recognised as the winner of the POPSIG Best Final Year Design Award for 2022. This wouldn’t have been possible without the team’s efforts and all the support and guidance from our supervisor and the Swinburne Chemical Engineering team,” said Abdulqader.

“We appreciate this award as it recognises our efforts throughout the year. We want to show our gratitude to the Swinburne Chemical Engineering lecturers that have supported us through our design and IChemE POPSIG for giving us this invaluable opportunity,” said the other team members.

In their project, the team applied a novel heat exchanger network synthesis tool, P-HENS, to further optimise both the energy recovery and economic viability simultaneously. The tool was originally designed for research purposes, which generates multiple heat exchanger network designs to aid decision-making. Ir Dr How then incorporated it into the Year 4 Process Plant Design units with the aim of exposing students to state-of-the-art application research. This success demonstrates the importance of integrating research elements into the design project.

The design project also included several sustainable design elements that demonstrated that being green does not necessarily have to reduce economic value, but rather it may retain or even increase profit.

“Research and design should never be treated as individual silos but instead complement each other to enable greater impacts and outcomes,” said Ir Dr How.