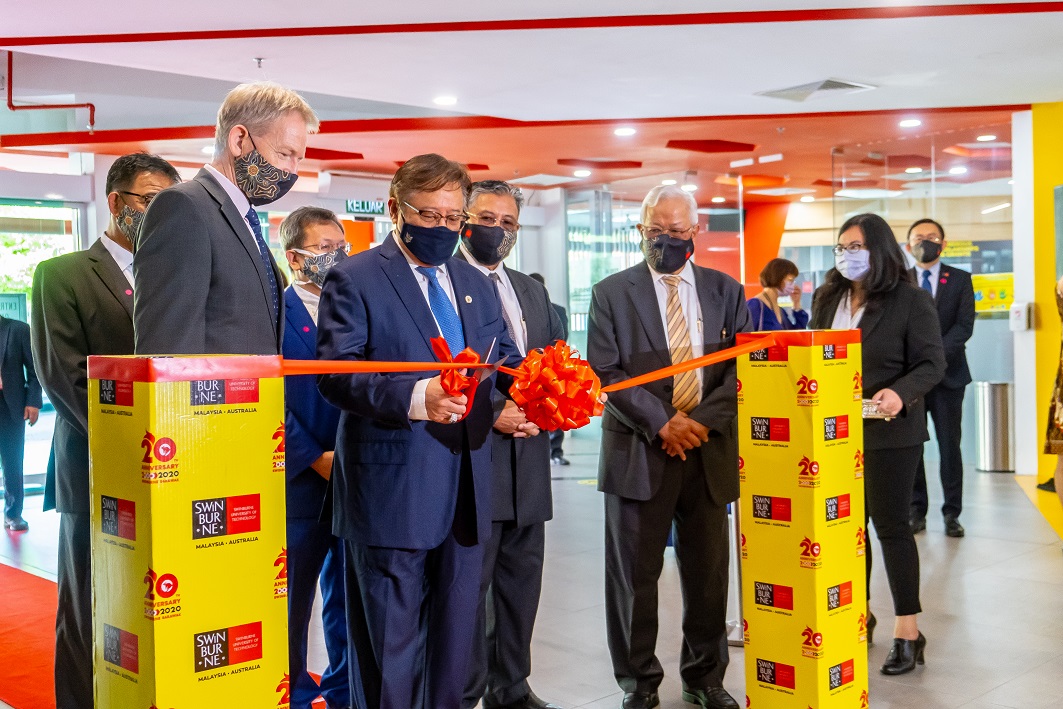 The Chief Minister officially opens the completed first phase of the RM50 million campus upgrade project. Looking on at left is Professor Wilson.

In conjunction with the celebration, the Chief Minister launched Swinburne Sarawak’s 20th anniversary coffee table book, a 130-page hardcover that details the history of the university including its contribution to higher education, business and industry as well as its role in meeting the development priorities of Sarawak. 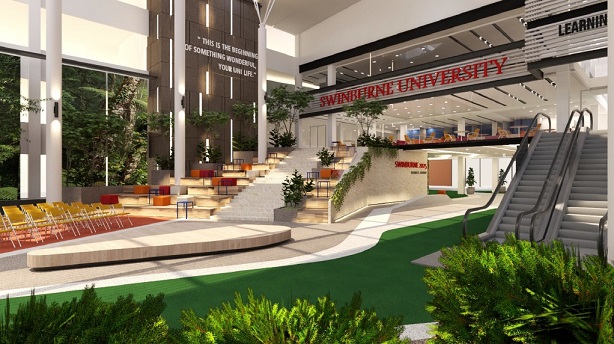 The Borneo Atrium will be the heart of the campus.

The Chief Minister, who is the Pro Chancellor of the Sarawak campus, also presented the inaugural Swinburne Sarawak Distinguished Alumni Awards. Jason Yeo Kok Seng, a systems planning manager with Sarawak Energy Bhd, was the recipient of the Distinguished Alumni Award. The High Commendation award went to Augustus Raymond Segar, Deputy Head of the School of Design and Arts, at Swinburne Sarawak.

The winner of the Distinguished Young Alumni Award was Alvin Lee Chun Pin. His start-up, Hubridy, has to date provided accommodation to more than 200 students. Nehemia Raymond Segar, who co-founded Trifold X Sdn Bhd with fellow alumni to develop high quality digital content for virtual, augmented and mixed reality, was presented with the High Commendation award for this category.

As part of the university’s work-integrated learning strategy and commitment to developing the human resource Sarawak needs, the collaboration between Swinburne Sarawak and its partners includes student internships, capstone projects, scholarship awards, staff development, and collaboration in R&D projects including state-driven research by the Sarawak government.

Swinburne Sarawak, established in 2000, has graduated over 7000 graduates over the past 20 years and is currently in the midst of a significant infrastructure upgrade project in line with its long-term commitment to enhancing the campus experience for students.

The State Government, as the major shareholder, together with Swinburne University of Technology, Melbourne through share capital raising is investing RM50 million into the project to create a world-class facility for the benefit of students and the community in which it operates.

Of the total allocation, RM10 million had been utilised for works undertaken from 2019 to March 2021 to further modernise teaching and communal spaces on campus to support student centred learning. The Chief Minister officially opened this portion of the completed facilities at the event held yesterday morning. 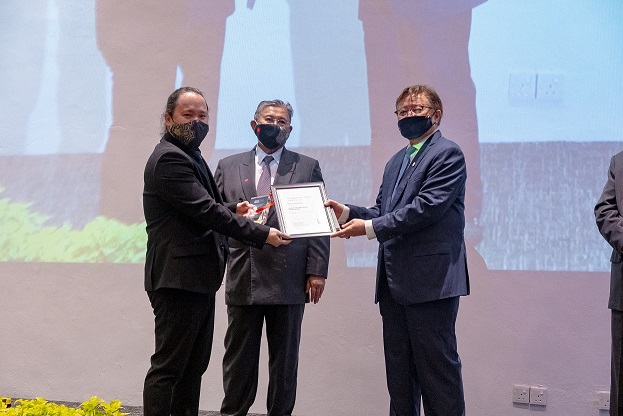 The current RM40 million reconstruction and extension of the university’s existing building and supporting facilities started in early December 2020 and will take 18 months to complete. This phase will involve a new student hub, food hall, student village, and the Borneo Atrium that includes an extension to the library.

The atrium, to be the heart of the campus, will be a unique area for students, staff and community engagement activities, concerts, and bazaars. It will also be the central entrance to the library, with escalators leading up to the mezzanine floor, opening up to the new 24-hours informal learning space featuring facilities such as study pods, collaborative spaces, and charging stations. This new learning space will have an added capacity and will be able to accommodate over 350 people.

The Student Hub will house a large flexible leisure space, a soundproofed music studio, and multimedia room, as well as sports centre for futsal, volleyball and basketball games. A purpose-built, two-storey dining area and food hall with air-conditioned and non-air-conditioned areas will accommodate 600 people. The hall will not only feature food and beverage stalls and convenience shop, but also multi-faith room and musollah prayer rooms to serve the multicultural student and staff community.

The existing student hostels will be revamped into a student village, surrounded with lush landscaping, recreational space, barbecue facilities, outdoor decking, and streetscape plaza. Under the same roof, the student village will house refurbished on-campus student accommodation, laundry facilities, and a student lounge with a communal kitchen and dining facilities to seat 80 people.

The student lounge will serve as the focal point for the registration of on-campus residence reservations, collect mail, and seek medical consultation at the clinic centre. Part of the student accommodation is expected to be ready by mid-2021 while the rest of the student village will be ready by June 2022.

The upgrading project is aligned with Swinburne’s 2025 vision of ‘people and technology working together to build a better world’, and consistent with Swinburne Sarawak’s direction to becoming a leading private university in Malaysia by 2025. The project is also in line with the Sarawak Government’s vision to develop a digital economy and ensure that Swinburne Sarawak continues to provide quality Australian education. 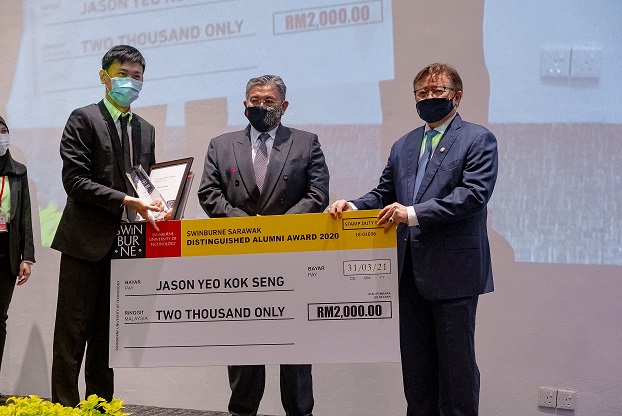 Due to the pandemic, a limited number of guests were invited to the event and Covid-19 SOP was strictly observed in accordance with Sarawak Disaster Management Committee and Ministry of Health guidelines.