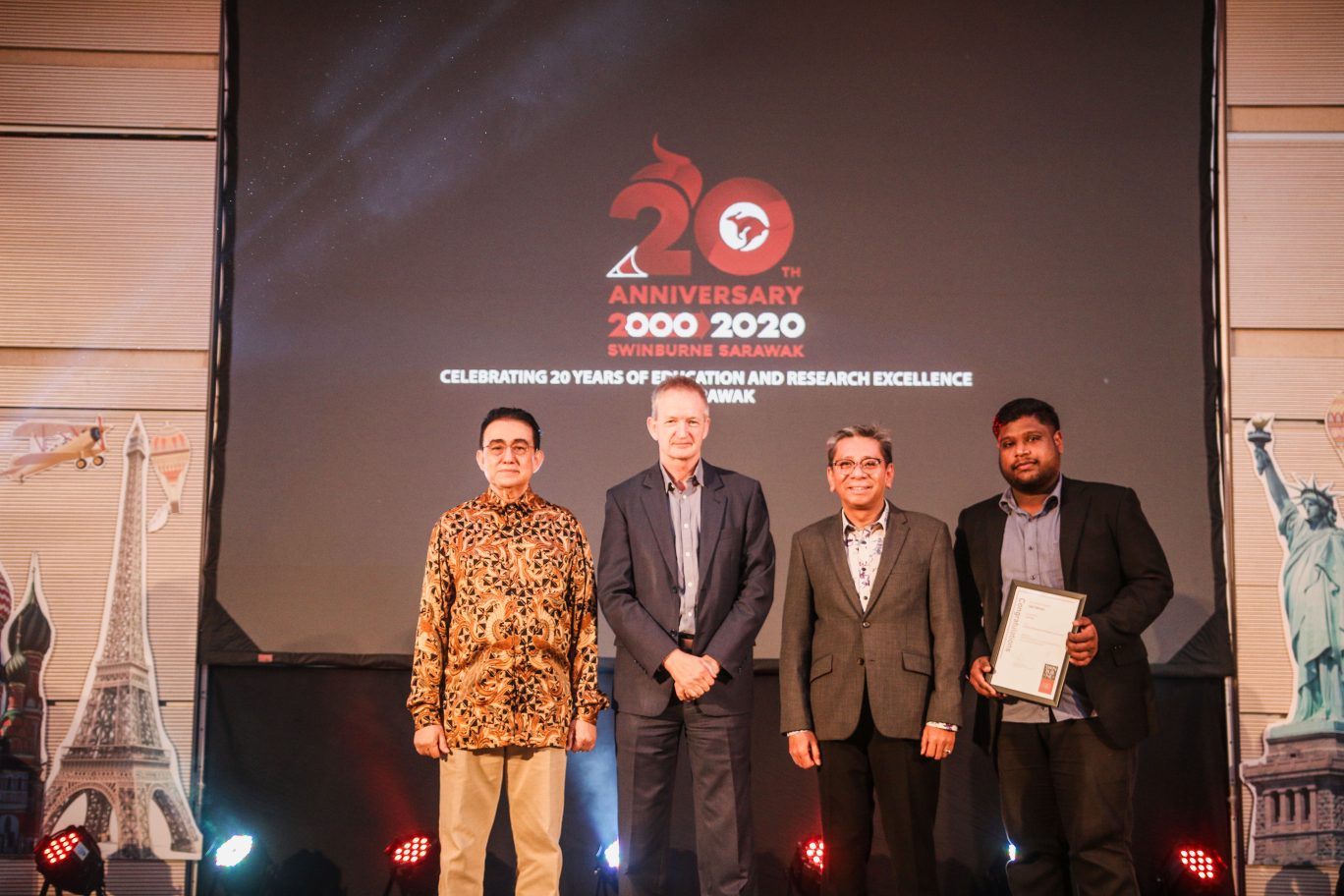 KUCHING – Established in 2000, Swinburne University of Technology Sarawak Campus will celebrate its 20th anniversary next year.

The Australian university branch campus, jointly owned by the Sarawak government and Swinburne university in Melbourne, recently launched the logo to celebrate two decades in the higher education industry.

“We are exhilarated about the logo and very proud of what it represents. The theme for the anniversary is ‘Celebrating 20 years of education and research excellence in Sarawak’,” said Professor Wilson.

Created by 2013 Swinburne Sarawak mechanical engineering graduate Halil Rahman, it features a hornbill and kangaroo on the numeral 20. The hornbill symbolizes Sarawak, as the state is known as the “Land of the hornbills”. Of the 54 species known to exist around the world, eight are found in Sarawak.

To Australians, the kangaroo reflects the fortitude to move forward as a nation, based on the fact that the kangaroo does not move backwards. Together, the hornbill and kangaroo signify the partnership between the Sarawak government and Swinburne Melbourne in the establishment of Swinburne’s Sarawak campus.

The pencil in the image signifies the acquisition of knowledge, while the red and black hues denote Swinburne’s corporate colours and reflect the “one university” identity with its home campus in Australia.

A year-long celebration is being planned to mark the anniversary of the campus which currently hosts about 3,500 students from more than 40 countries.

Located only 10 minutes from the Kuching city centre, Swinburne Sarawak is currently undergoing a redevelopment of its learning and teaching spaces.

“The RM40 million campus upgrade begins next year and we will see wonderful changes happening to the campus over the next two years,” he said.

The creation of the logo by Halil of Kuching won first prize in a contest held from 15 July to 20 October. There were a total of 40 entries.

Present to witness the launching were members of the Swinburne Sarawak board of directors and council, Datuk Wan Ali Tuanku Yubi and Tuan Haji Azmi Bin Haji Bujang.