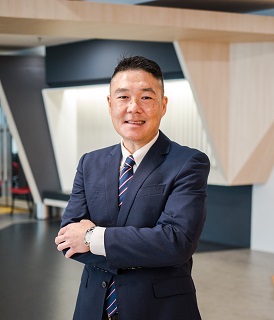 Dr Ngui is the Associate Dean (Research and Development) and Senior Lecturer in the Faculty of Business, Design & Arts, Swinburne University of Technology (Sarawak Campus). He is also an Executive Committee Member of the Sarawak Chamber of Commerce & Industry, and a Member of the National Skill Development Council, under the Ministry of Human Resources (Malaysia). His expertise resides in human resource management, organisational learning, SME development and social entrepreneurship. He has attracted research funding from government and industry for projects including value chain analysis of the forestry sector, development of mobile IT solutions for rural communities, as well as the development of concession management model for Totally Protected Areas (TPA) in Sarawak. Most recently, he received the 2015 Swinburne Vice-Chancellor’s Award for Community Engagement.

Principal research. Validating the dimensions of service quality and their impact on service experience outcomes in a university setting, Lingnan University, May 2011- June 2012. Administered by Lingnan University.

Principal researcher. Study on the competitiveness of the manufacturing sector in Sarawak, Ministry of Industrial Development Sarawak, September 2010- November 2011.