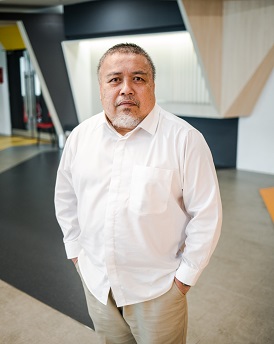 Dr Haji Keria bin Kontot is currently teaching Accounting units at Swinburne University of Technology Sarawak. Upon completion of his Diploma in Accountancy (UiTM, 1988), Tuan Haji joined Harwood Timber Sdn Bhd as a Project Officer. After a year service with the timber company, Tuan Haji pursued his study in Taxation and obtained his Certificate in Taxation from UiTM in 1990. Upon obtaining his Certificate in Taxation, he started his partnership business as a Tax Consultant under the name of Keria & Mazlan Accociates. He gave up his business as a Tax Consultant and started his long innings with Bumiko Sdn Bhd (1991-2007), ending the innings as a General Manager in 2007. During this period, he obtained his Bachelor’s degree (Hons) in Accounting (Bolton, 2005) and his MBA (UiTM, 2008), earning a Certificate of Excellence for his outstanding academic performance.

Tuan Haji was formerly a member of a professional body of Association of Certified Company Secretaries (ACCS) Malaysia (1996-2003). Teaching always become his passion and eventually started his journey in academic profession in 2008 after joining Twintech College as a full time lecturer. During his service with Twintech College, he was a part time lecturer of International Islamic University of Malaysia (IIUM). Prior to joining Twintech College, he was a registered trainer of Sarawak Skills Development Centre (PPKS) and has conducted over 30 seminars or over 480 hours of lecturing on Financial Management for Small Medium Entrepreneurial (SMEs). He left Twintech College in 2011 and began his new journey in academic profession with Swiburne University of Technology Sarawak in August.

He has passed his VIVA VOCE on 18 October 2018 and expected to receive his Doctorate in Business Administration (DBA) in October 2019. His thesis titled “Factors Influencing Customers’ Preferences for Deposit Products in Islamic Banking”.