Swinburne’s Sarawak Campus is located in Kuching, the capital of the East Malaysian state of Sarawak. The city has been described as one of the most liveable cities in Southeast Asia. In the Malay language, Kuching means ‘cat’. Rich in history with old-world charms blended into 21st century modernity, the city is home to more than half a million people.

Originally a busy riverine trading post in the old days, Kuching is today a delightful blend of the old and new. The Brooke family, who once governed Sarawak from 1841 until 1946, left behind a legacy of buildings which still stand majestically amidst modern-day buildings.

The Sarawak Museum, built in 1891 in the style of a Normandy town hall, is regarded as one of the best museums in Southeast Asia. The Textile and Costume Museum is housed in the Pavillion, a three-storey rectangular structure built in 1907. Located just in front of the General Post Ofﬁce, this is the place to learn more about the textiles of the indigenous people of Sarawak. Other places of interest include the Chinese History Museum, Islamic Museum, Cat Museum, old Courthouse and Brooke Memorial, and the Round Tower.

Take a walk along the award- winning Kuching Waterfront, a beautifully landscaped esplanade on a stretch of the old part of the city. It is the main gathering place especially as the sun sets beyond the scenic Matang Mountains. 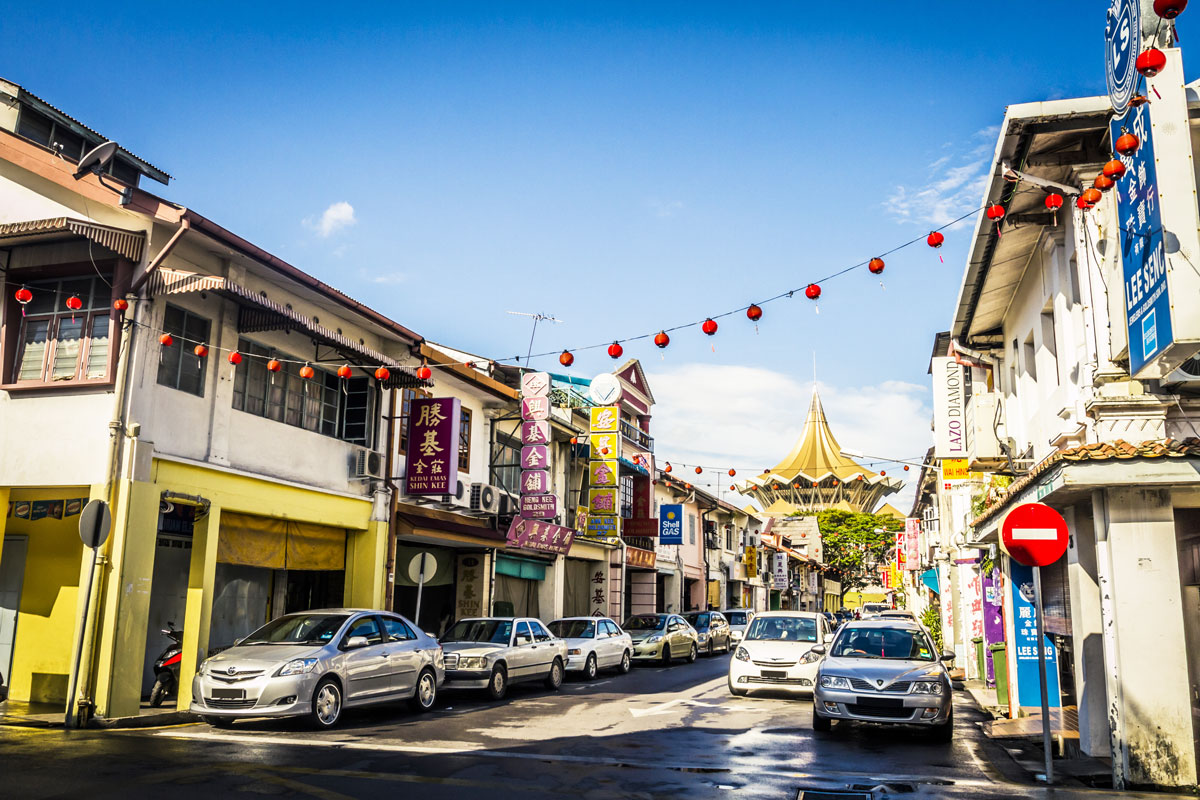 Kuching city is a mix if the old and the new.

Near the Waterfront, shops on the Main Bazaar dating back to 1864 offer a rich variety of souvenirs, antiques, arts, crafts and the like, for sale. The city offers entertainment and nightlife to suit most tastes, and eating out is a favorite pastime among city folk. 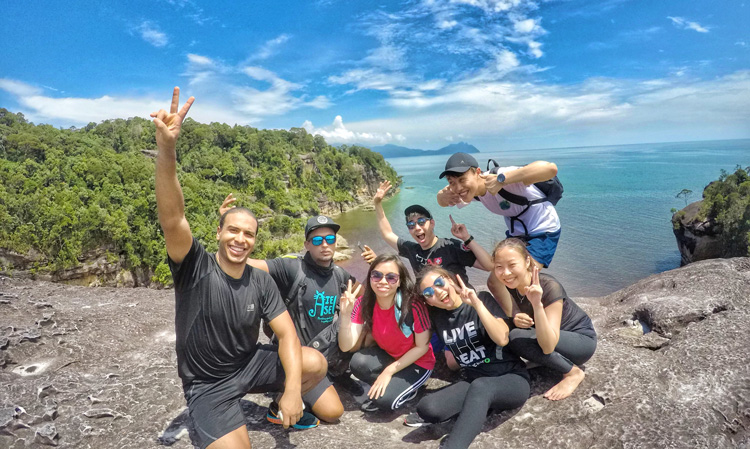 Explore the outskirts of Kuching within a day.
Photo credit: Irfaan Peerun

Kuching is also home to world-class resorts and golf courses. Only minutes away from the city are sandy beaches and virgin tropical rainforest.

Although it is not exactly a place that never sleeps, there is certainly enough to keep you well-occupied during your time in Kuching.

Moving about is easy as the city and its surrounding areas are well serviced by taxis and buses. The fares are reasonably low. Taxis are only a phone call away and many queue at major hotels. Bus fares are cheap and moving about by this means of transportation is a good way to see the town.

Sarawak, the largest state in the country with a population of only 2.3 million, is also the most culturally diverse. Its 29 ethnic communities are well-known for their friendliness and hospitality. Each community practices their own customs and traditions and no where else in Malaysia can such colourful diversity be found.

With daily tropical temperatures ranging from 23° C to 32° C, light clothing is recommended.

This vast state is linked to other parts of Malaysia and the rest of the world via air. Internally, Sarawak is well-connected by a network of air, road and river transportation.

With its rainforest the size of Austria, Sarawak houses the world’s richest and most diverse ecosystem, making it a popular destination for eco-tourism. Its numerous national parks are known for their many natural wonders.

Sarawak also revels in showcasing major events. One of these is the annual Rainforest World Music Festival, a unique festival that brings together on the same stage renowned world musicians from all continents and indigenous musicians from the interiors of Borneo.

While it may be better known for its ethnic diversity and natural wonders, each year Sarawak plays host to a multitude of sports events.