Gawai will continue to be an important celebration for the Bidayuh, Iban, and Orang Ulu community in this time of the pandemic, thanks to the efforts of individuals who recognise the significance of preserving culture and customs.

A thanksgiving harvest
Gawai celebrations have their origins in ancient customs that mark the end of the harvest season. Rice, being the sustenance for the community, helps nourishes the community for all seasons. So great emphasis is placed on giving thanks to the deities of old such as Sengalang Burong, Sempulang Gana and Semarugah, for a successful harvest.

Fast forward to the present day, much of these beliefs have since taken a back seat, bringing to birth a different significance for Gawai. With the adoption of Christianity and Islam into many local households, animistic worship became less of a norm. Still, in some communities, these rituals are still practised if not for anything else but to preserve the Dayak heritage and pay tribute to its tribal origins. 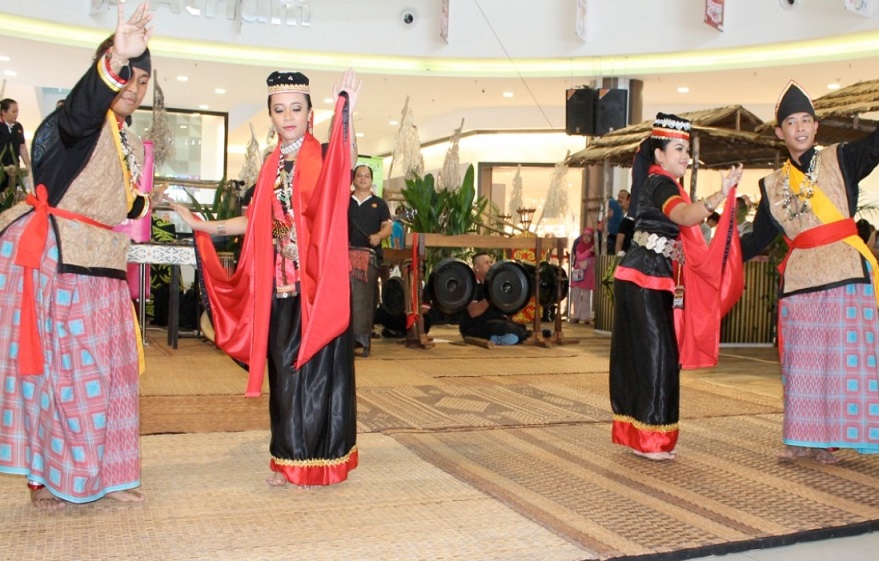 An ancient festival, a modern holiday
Despite its hundred years’ history, 2021 only marks the 56th year since Hari Gawai is an official festival in Malaysia. Prior to 1964, Gawai celebrations were not observed statewide as the British colonial government refused to acknowledge the significance of these ‘animistic’ rituals. Even then, Gawai was not known as what it is now. Rather, the British colonials called the day Sarawak Day, the justification of which is that it is meant to be a national day for all Sarawakians, regardless of ethnic origin.

It was only a year later in 1965 that Hari Gawai was celebrated statewide, despite it being a cultural celebration of generational significance. Thankfully, gazetted holidays do not determine our cultural legacies.

So let’s drink to that!
There is nothing better to celebrate a big festivity than with a good tuak, the Sarawakian term for rice wine. With its use in every ritual and festival, tuak is deeply rooted in the Dayak tradition and especially during the Gawai celebrations of old, tuak is offered to the spirits as part of a pool of items in blessing ceremonies.

Nowadays, tuak is a vital centrepiece for Gawai. Refusing a serving of tuak offered by your host may be considered impolite. When the Gawai festivities are out in full force, and the longhouses are open for visitation and feasting, the custom of Masu Pengabang is enforced. Visitors to these longhouses are served tuak before they are allowed to enter. Suffice to say, there will be plenty of tuak to go around, so no one can escape. But of course, in this day and age, the host will not force it on a pregnant lady or a Muslim for example.

Women as the backbone of the community 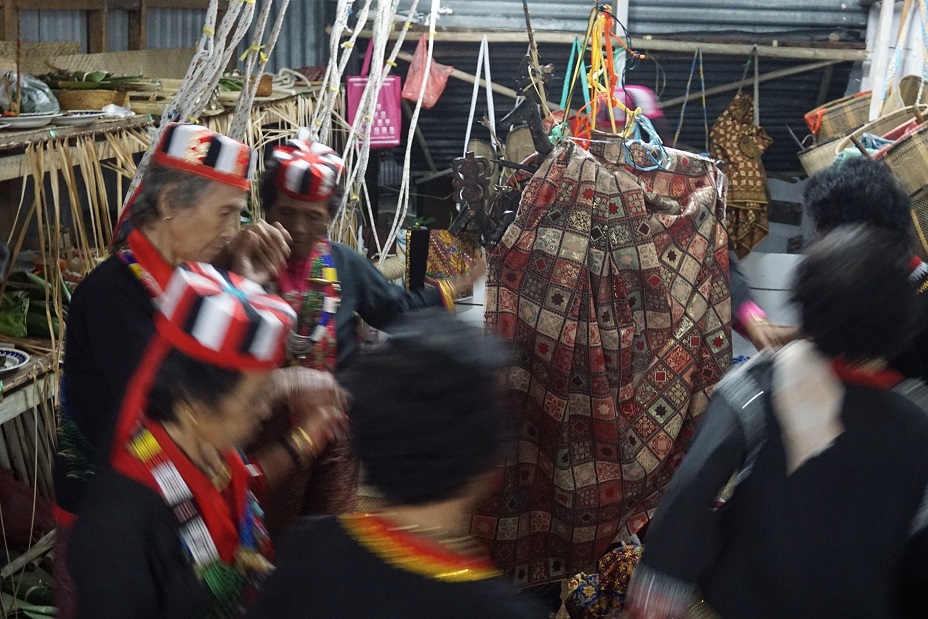 In the Bidayuh community, one of the more unique elements of Gawai Dayak is the role of the high priestess. Responsible for preserving the well-being of the rice spirit and conducting rituals that will ensure a bountiful harvest for the next year, the high priestess oversees every aspect of the rituals leading to the final days of Gawai. The whole community are also well aware that performing the rituals incorrectly would mean a failure to appease the spirits, leading to the potential destruction of the rice crops.

A demanding role to play, the high priestess is expected to perform seven rituals, the first six of which involves rituals that ensures the well-being of the rice crops through each and every stage of its growth, while the final ritual is the actual Gawai celebration itself.

Unfortunately, these rituals are dying. To be a high priestess means you will have to be chosen by the spirit realm. With a majority of the community now embracing either Christianity or Islam, this practice is being put aside and may soon be forgotten.

A dance for the ages
As the more distinct component of Gawai, the ngajat dance consists of graceful and precise movements of the body, hands and feet. While male dancers are more aggressive, showing strength and bravery with the occasional shouts of a battle cry, the women’s movements are more graceful.

For the Bidayuh community, the more notable ngajat is the tolak bala, a dance performed before the harvest to ask for blessings and protection of the community. Another ngajat worth mentioning is the langi julang, performed at the closing of the festival to thank the gods for bestowing good health and for the harvest to the community.

Curtain call
Though the 1st and 2nd of June is officially designated as Hari Gawai in Sarawak, the celebration usually lasts a month. At the end of the month-long celebration, a closing ritual of ‘ngiling tikai’ or ‘ngiling bidai’ is carried out to mark the end of the year’s harvest festival. Literally, it is the ceremonious rolling of the bamboo mat, and putting it away until it is rolled out once again for the coming year’s Gawai. 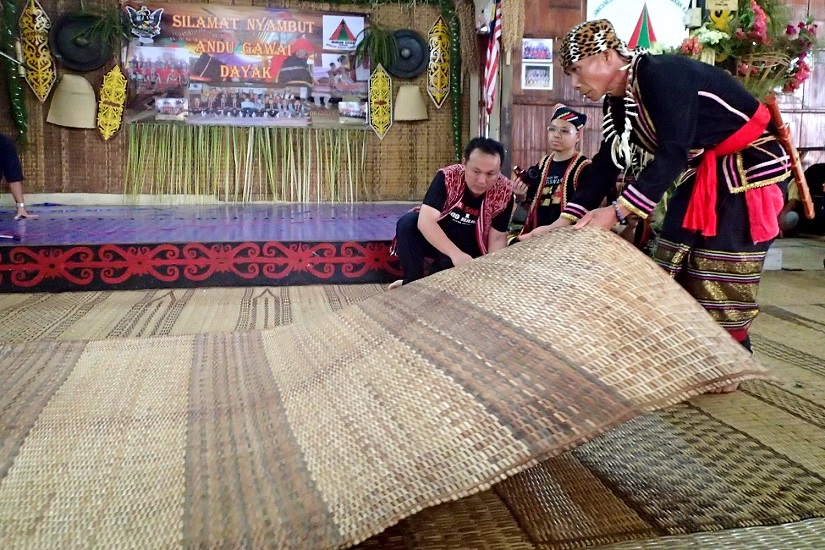 Indeed, the Gawai festivities is steeped in symbolism. For the Dayaks of Sarawak, these elaborate tenets of rites and rituals are much more as it helps foster positive values and preserves communal harmony. With so many different tribes in the State, they have each developed their own way of celebrating the festival so it is important to acknowledge that the festivities described here may be part of the Gawai celebrations, and it may not reflect the rituals and beliefs of every ethnic community in Sarawak. 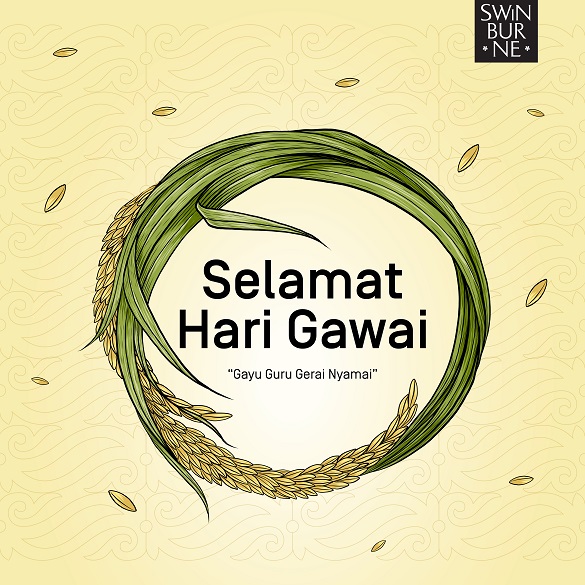